We’re over a week into October now (I don’t know how that happened) so it’s time for my September reading wrap-up! This month was FAR better than August where I’d had a  little reading slump, so get ready for some book reviews!

In September I managed to read 6 books. This was primarily due to me getting back into audiobooks like I had been previously in the year! In total I read 2195 pages which I’d say is pretty good going! I read a range of classics, YA, and mystery, so let’s get into talking about the books!

I Found You by Lisa Jewell

I Found You by Lisa Jewell is a mystery novel. It’s the story of two women, the newly married Lily Monrose whose husband has gone missing three weeks after their wedding, and single mum Alice Lake. Lily is told by police that her husband does not exist, and Alice discovers a man on the beach who has no memory about who he is.

The story follows the two women as they try to figure out their own mysteries until they finally intersect. Don’t worry though, I shan’t give you any spoilers! I really enjoyed this novel, and although I thought I’d guessed what the plot twist was I was totally wrong! If you’re after a little but of mystery with some romance mixed in, I’d really recommend this book!

A Girl Named Anna by Lizzy Barber is another mystery book. It follows two different families. One living in America, cut off from the outside world for the most part. And another living in London.

It was very obvious where the plot was going in this one but it was really interesting to see what effectively was a form of Stockholm syndrome in one of the characters and her journey.

I really enjoyed this book and it was easy to listen to. I’d never heard of this author before seeing this in my library catalog. If you’re after a predictable but satisfying mystery, this may be the book for you!

The Language of Birds by Jill Dawson

The Language of Birds by Jill Dawson came in one of my Reposed book boxes. After finding out the novel was based on a true story I just had to read it right away! It follows a young Nanny called Mandy, living in London caring for the children of a separated Lord and Lady. The kids live 90% of their lives with their mother, Lady Morven, who is clearly struggling to cope with her own mental health after the breakdown of her marriage.

Despite their separation Lord Morven is obsessed with knowing what is happening within the family home and has people watching the house almost 24/7. Although this is a little strange and has driven previous nannies to quitting, it doesn’t deter Mandy and she even takes the children on holiday with the obsessive Lord.

We also see periods throughout Mandy’s life, especially those shared with her friend Rosy. The pair met when spending time in a mental rehab facility, and Rosy actually hears voices and has birds communicating with her.

Towards the end of the novel the story takes a tragic twist, echoing that of the real life story of Lord Lucan and nanny, Sandra Rivett. I won’t leave too many spoilers though!

This book took me a little while to read, but I actually really enjoyed it. If you love a contemporary novel set in the 70s that has a big twist then I would highly recommend giving this book a try!

Rebecca by Daphne Du Maurier is a classic that I should have read many years ago but only just got round to doing so! I’ve had Rebecca in physical copy since I was in sixth form and have opened it countless time to read! But if you’ve seen this book, you’ll know it’s a little chunky and I am not one for a long book (especially when it comes to classics).

But a few weeks ago I saw Netflix’s trailer for their Rebecca TV series featuring Lily James. I love Lily James as an actress, I think she’s brilliant in Yesterday and Mamma Mia 2 so knew I wanted to watch this new show. However, I’m not keen on watching films or TV before I’ve read the book they’re based on so I knew I had to read it before the show was released!

As I said though, it’s a big book. Recently, I’ve rediscovered audiobooks and so decided this was the best way to get through this gothic novel. Luckily my library has most of the classics available in audio form, so I got listening!

I really loved the premise of this book, it features a young woman (who is unnamed for the majority of the novel) who meets a widower in Monte Carlo as she acts as a companion to an American woman. The widower, Maxim, andour unnamed heroine seemingly fall quickly in love and they are engaged within days. Our leading lady relocates to her husband’s large mansion named Manderley. The house comes with staff who are prejudiced against the new wife, having been in love with Rebecca, the previous lady of the house.

It seems that everywhere she turns, our newly-wed is haunted by Rebecca. She feels distant from her husband, she doesn’t really have access to a large part of the house, and all everyone talks about is Rebecca.

It is said that Rebecca died whilst out at sea, but when a body is discovered in her sunken boat everything is brought into the air again. But if you want to know what happens you’ll have to read it for yourself!

Whilst I liked this book, I did still find it quite heavy even listening to it instead of reading!

Daisy Jones and The Six by Taylor Jenkins-Reid

Everyone raves about Daisy Jones and The Six by Taylor Jenkins-Reid and I can kind of see why now. I still prefer The Seven Husbands of Evelyn Hugo to this book, but this one had an interesting structure. The novel is set out as recorded interviews of band members from Daisy Jones and The Six. It’s set a long time after the band have broken up and they have each moved on with their lives in their own ways. It reminisces on how the band came to be, the making of their one album, their subsequent tour, and all the juicy gossip in-between.

This is definitely a unique read – in fact I think it benefited from audiobook form as each of the characters had their own individual voice, making it far more realistic – but I won’t be hurrying to reread it anytime soon. However, I am excited for whatever Jenkins-Reid brings out next!

The Hate U Give by Angie Thomas

The final book I read in September was probably the most important of all my reads. The Hate You U Give by Angie Thomas follows Starr Carter, a 16 year old black girl living in America. Starr attends a predominantly white school, but she lives in a poorer neighbourhood of Garden Heights. Near the beginning of the novel Starr attends a party, when being driven home by her childhood friend Khalil they are pulled over by the cops and he becomes the victim of police violence.

The story follows Starr as she comes to terms with what she has witnessed and begins to fight against the racism she faces on a daily basis, from strangers and ‘friends’ alike. Starr gives an interview about what happened to Kalil and her previously ignorant friends realise what she was witness to. Whilst some offer support, some do not. She begins to become a voice for the movement against racism and police violence against black people in America.

I think this is a really important book, although it’s fiction it shows just how much racism black people face on a daily basis, whether that be from their so called peers, or the police who are meant to be there to protect them. As a YA novel, I think it’s a brilliant way for teens and adults alike to learn and reflect on what we still need to work to change in society.

I hope you enjoyed learning about what I read in September and my thoughts  on each book! If you’ve read any of these let me know your thoughts on them in the comments down below! If you like this post you may also like my Everything I Read in June post too! I’ll see you in my next post! 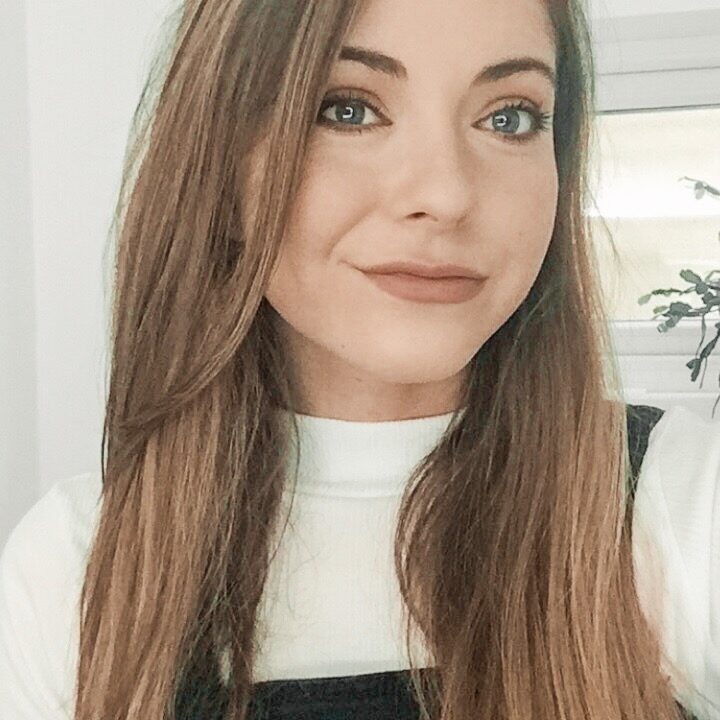